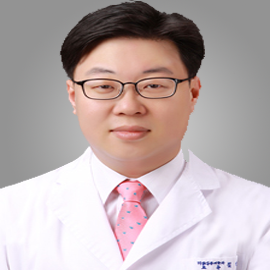 Dr. Kim Yeon-Dong, practiced in both private and academic hospitals and also served as an Fellowship in Chonbuk National University Hospital.  Dr.Kim also have completed the course of interventional treatment course of WIP(World institute of pain) and have passed the  FIPP(Fellow of Interventional Pain Practice).

Dr. Kim Yeon-Dong, continued to studied at the Juntendo University hospital, in Tokyo, Japan at the department of Pain Clinic as a clinical doctor. Now he is a associate professor of Wonkang University, College of Medicain, Iksan, South Korea. and Wonkwang University hospital. He is intersted in chronic pain management including neruropatic pain, cnacer pain and musculoskeletal pain management. He is a Pain Physicians.